Yoga vs Pilates: Difference Between Yoga and Pilates

From an outsider’s perspective, yoga and pilates seem like pretty much the same thing. It’s true that they both involve a lot of crazy looking positions, but there is so much more to them and some major differences too. While yoga and pilates are both great for our wellbeing, they target slightly different aspects of our minds and bodies. Let’s take a look at what sets yoga and pilates apart.

Heal your mind with Yoga

Yoga is believed to have originated in ancient India with some researchers believing it’s up to 10,000 years old. It is low-impact and has a ton of different styles including Bikram (hot) and vinyasa (high intensity). The most common style practised in the western world is Hatha, which involves a bit of everything. While emphasising different aspects of the practice, a typical class will begin with an ‘Om’ chant, while you’re seated on a yoga mat. You’ll then start the class, which involves holding a series of static poses, each with their own name and meaning. 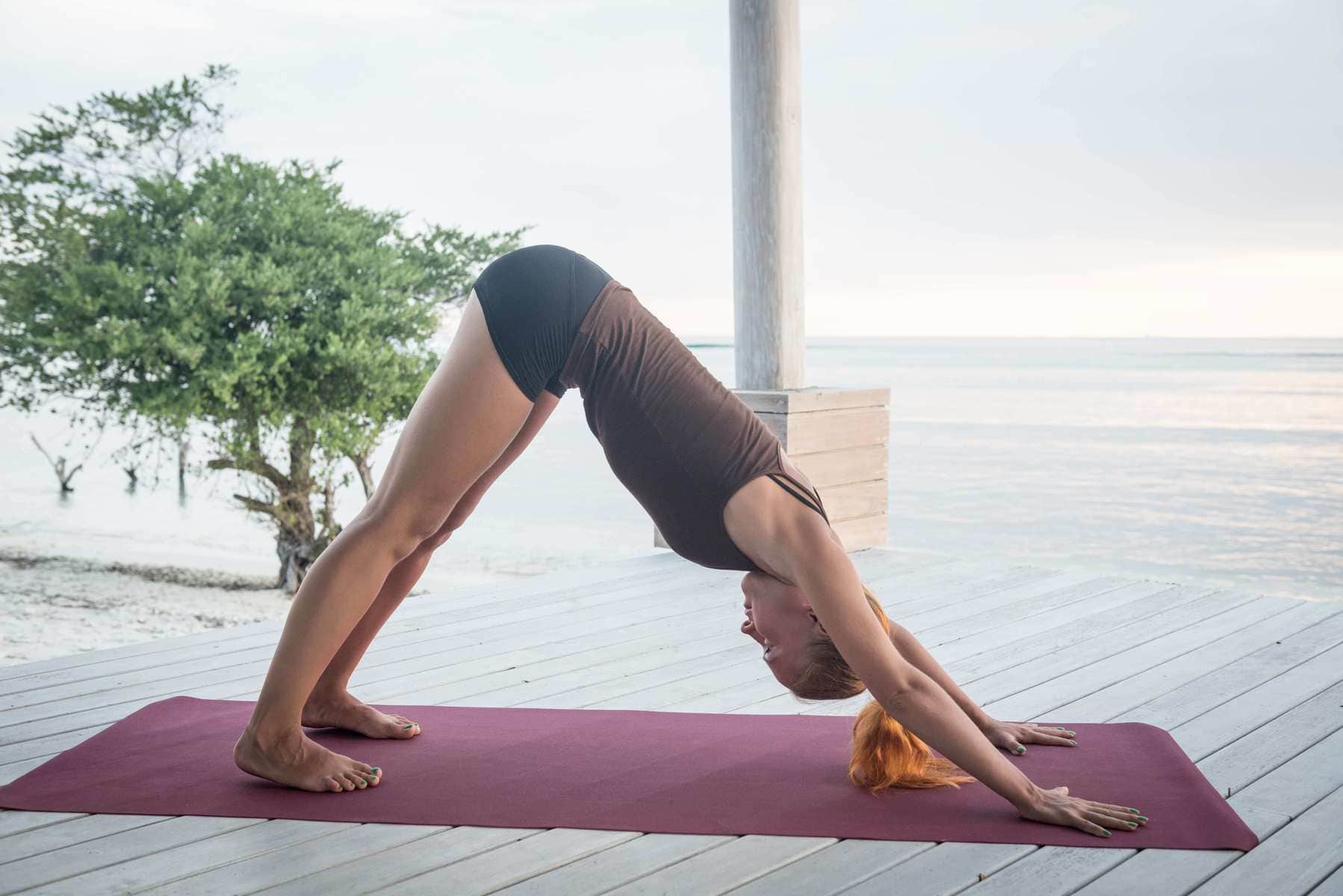 For the most part, the poses are pretty challenging and can work to improve flexibility, strength and posture. Think positions like the one above, which is downward facing dog (Adho Mukha Svanasana). In this instance, your body makes an ‘A’ shape with your hands and feet pressed to the floor.

Sometimes props like blocks or buckles are used in yoga practice, but nothing too intense. The class usually finishes with a guided meditation, where you lay flat and simply relax. Meditation is a great way to improve your overall health and wellbeing. There is also a big focus on breathing throughout any yoga class to achieve complete relaxation.

Exercise your core with Pilates

Pilates is younger than yoga and was invented in the in the 20th century for muscle rehabilitation. While it’s still low-impact, pilates is a bit more dynamic than most schools of yoga and has a bigger focus on fitness. Instead of holding static poses, it’s all about slow movement designed to tone, strengthen and improve posture. While yoga focuses on flexibility, pilates concentrates on your core strength with most of its exercises revolving around those powerhouse muscles. Think planks, sidekicks and slow pushups. Unlike yoga, which only uses basic props if any, it’s quite common for equipment and machines to be used in a pilates class. This can include anything from reformer beds (pictured above) and medicine balls to bands and weights. Additionally, while yoga focuses on breathing to evoke a sense of relaxation, breath is predominantly used give energy to muscles in pilates.

If your goal is to get spiritual and work on your mind through meditation, then yoga is for you. If you want to get strong, tone up and work those core muscles, give pilates a try.

Interested in pilates, yoga or both? Avaana can connect you with the best yoga and pilates instructors near you. So, chuck on some tights, roll out your mat and get moving (or stretching)!

All you need to know about